New Delhi India – one of the World’s Top Global Cities 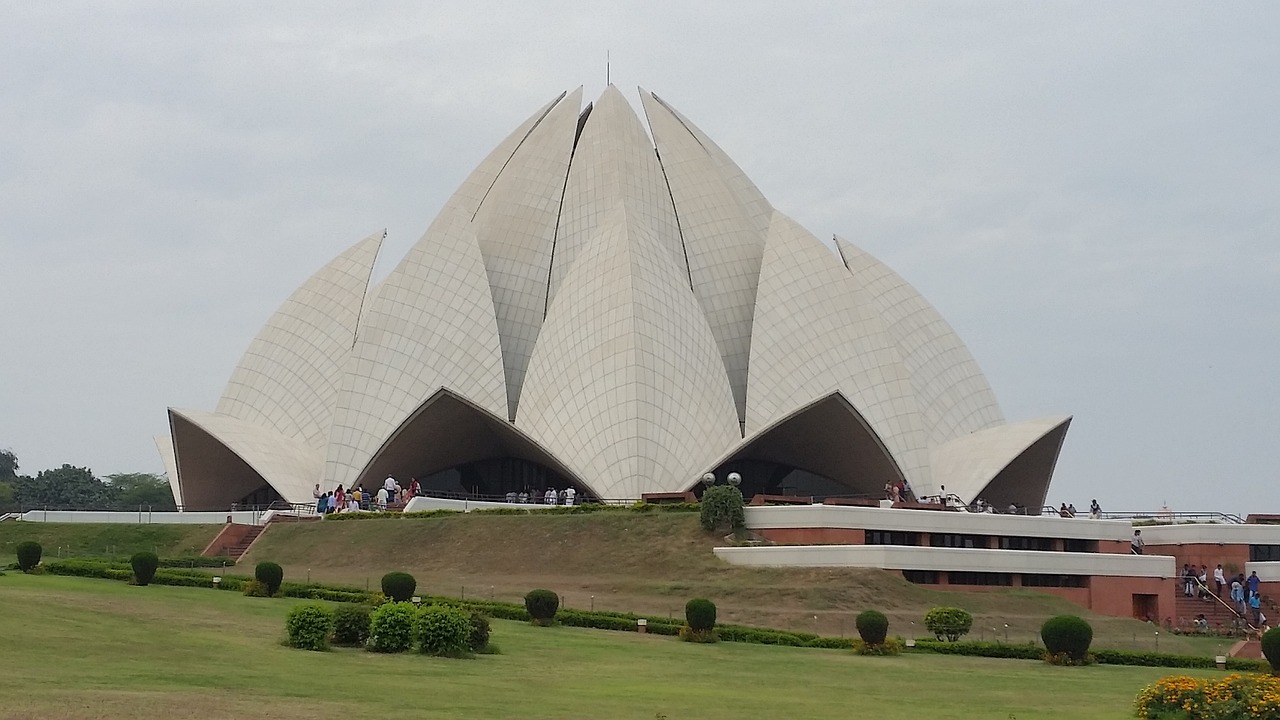 After the serious problems that cropped up due to Bengal Partition in 1905, the British rulers shifted to Delhi in 1911. Here, they wanted to build a new city that would also serve as their capital after Calcutta.

Those days, Calcutta was the capital city of British India. After the completion of the new city in 1931, they named it ‘New Delhi’. The already-existing old city named was ‘Old Delhi’—and moved their base here to New Delhi.

Edwin Lutyens, a famous British architect, planned the city of New Delhi, and got it built around Janpath and Rajpath—the two promenades.

Some consider New Delhi the microcosm of India. It is one of the world’s top global cities with strengths in the arts, education, entertainment, commerce, fashion, finance, healthcare, media, and professional services. It’s also one of the world’s leading candidates in research and development, tourism and transport, all contributing to its prominence. 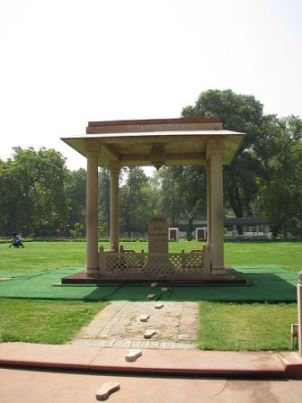 The ‘Martyr’s Column’ at the Gandhi Smriti, the spot where Mahatma Gandhi was assassinated in New Delhi in 1948. Credit: Wilson Loo Kok Wee

New Delhi, the Capital City of India being the center of the National Capital Territory of Delhi is one of the fastest growing cities in the world. Situated on the banks of the famous river Yamuna (because of availability of fertile alluvial soil for agriculture), it is one of the 9 districts of Delhi, and is located within Delhi’s metropolis. 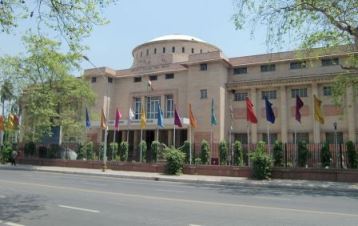 The National Museum in New Delhi is one of the largest museums in India. Photo credit: Miya.m

The major part of Delhi—considered a part of the Aravalli Range of mountains—is a plain area. It is divided into Delhi Cantonment, Delhi, and New Delhi. There are three regions of the city’s topography—the Plain, the Yamuna Flood Plan, and the Ridge.

Keeping Delhi as a center point, one can visit many hilly places of North India. 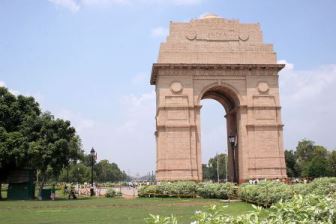 The India Gate built in 1931 is the national monument of India.

The famous Indian epic, Mahabharata (goes back 3000 years) had featured Delhi as ‘Indraprastha’, a fabled city. Fabled or not, evidences suggest that there was a settlement around the River Yamuna about 2500 years ago (between 1000 BCE and 4th century ACE). Ptolemy, who had visited India around 2nd century ACE, had mentioned Delhi as ‘Dilli’ in his writings.

In 736 ACE, Delhi is known to have come into being with ‘Lal Kot’, the walled citadel, being founded by the Tomar Rajputs. The Chauhans took over in the 12th century and renamed Lal Kot as ‘Qila Rai Pithora’. After the Chauhans, Delhi changed many hands when Slave Dynasty took over.

It was the beginning of a major Muslim rule. Thereafter, many other non-Indian dynasties came and went—Khaljis, Tughlaqs, Sayyids, Lodis. It is from this Lodis that Babur took over the reign of Delhi; hence, started the Mughal Dynasty (1526 to 1857). The powerful Mughal rulers were Babar, Humayun, Akbar, Jahangir, Shah Jahan, and Aurangazeb. They made Delhi their seat and ruled over India from here.

During Emperor Jahangir’s reign (17th century), the East India Company had come to India, and with time (after Aurangazeb), they reduced the Mughal rulers to mere puppet kings. Delhi was captured by the British in 1803; they retained their hold on Delhi till such time it was decided—when King George V came to India—to shift the capital from Calcutta to Delhi. 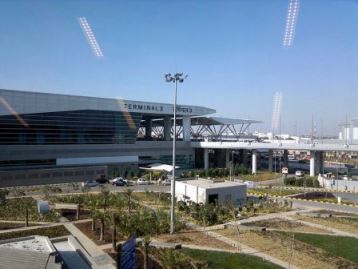 1. Samrat Yantra: Or the giant hour sundial, has a quadrant with graduations showing hours, minutes, and seconds, on its either side.
2. Mishra Yantra: Indicates noon time in various cities of the world.
3. Jayprakash Yantra: It has hollowed-out hemispheres where the concave surfaces bear markings that helped in aligning the position of the stars. 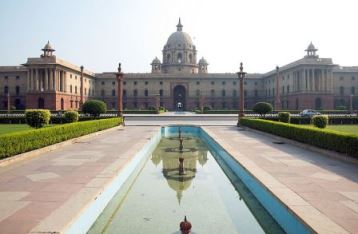 New Delhi, being a land-locked city, has Subtropical climate with long summers that are hot and humid and short winters that are dry and cool. It does not have a specific rainy season as such.

Generally, the hottest month is May with an average temperature ranging between 102°F to 110°F. January temperature averages at 45°F. July and August are the months with highest precipitation. 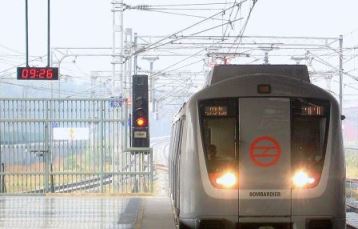 A new train, made in Germany by Bombardier, enters the Delhi Metro station at Yamuna Bank. Credit: Le Rétroviseur

Public transport in Delhi is provided by buses, auto rickshaws and a metro rail system. Buses are the most popular means of transport catering to about 60% of the total demand. The New Delhi Railway Station which is the main railway station in Delhi is the second busiest. It is one of the largest stations in India and connects Delhi with the rest of the country.

The New Delhi Railway Station, which is the main railway station in Delhi, is the second busiest and one of the largest stations in India. It connects Delhi with the rest of the country. Delhi has one of the highest road densities in India. Private vehicles account for about 30% of the total demand for transportation.

Have you been to New Delhi?   If so, add your insights below about this interesting travel destination.

According to Delhi’s Official Tourism Website the best time to visit Delhi is from October to March when the weather is at its best. During this period flowers are at their blooming best, the weather is pleasant and enjoyable to experience Incredible Delhi.