India or Republic of India: Centuries of Tradition for the Worlds Largest Democracy 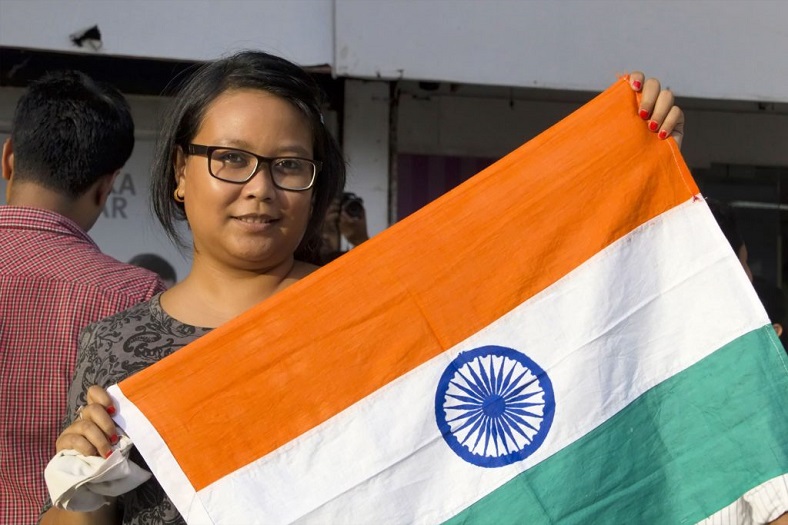 The hallmark of Indian culture and tradition is the warm hospitality in India of its host towards its guests. It is the cordial relationship between the host and the guest. Hospitality includes not only the practice of receiving a guest warmly. It also extends to strangers, travelers and tourists who come to visit our country.

Hospitality in India – from Airport to Hotels to Homes 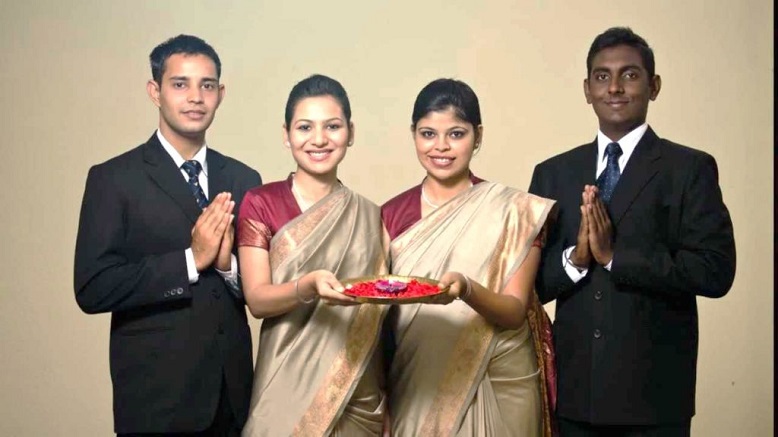 An outsider visiting India will surely get deeply touched by the act of hospitality by the Indians. It is the basic essence of the Indian tradition and culture. The concept of ‘Atithi Deva Bhava’ which denotes that the guest is just like a God visiting the house; so treat and respect them in such a way as if God has come to visit your house. This further shows the significance of a guest in India.

A true and warm hospitality in India means always having a ready smile. It is showing immediate joyous expression on meeting the guests. You readily go out of your way to help others with eagerness and willingness. The most common way of greeting someone in India is folding both the hands and saying ‘Namastey’.

This is the initial depiction of hospitality in India and respect towards the guests and the person at once feels at home. There is an old saying that the home is the place where our heart actually feels at ease or belongs to. The Indian family feels proud to go out of their way to make the guests feel secure and comfortable.

Indian tradition of hospitality is not only confined to the home. It is also very strong in the hotels, lodges or resorts. The hotel management in India has been trained efficiently to maintain the essence of hospitality. But a true Indian hospitality can be only seen in a traditional Indian house. 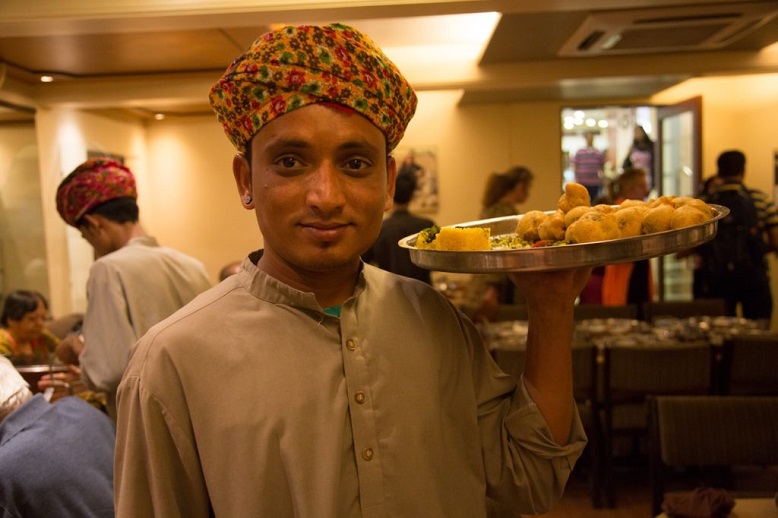 Guests are Served Many Tasty and Delicious Local Dishes

Upon entering an Indian home, one gets sizzled with the aromas of rich delicacies. There is mouth watering dishes which have solely an Indian flavor and touch to it.

The guests are served with many tasty and delicious local dishes. Many special sweet dishes are also served at the end of the meals. Some of the traditional Indian families also have the custom of helping the guests wash their hands before serving them the meals. The meals are served to the guests and they are pestered again and again to eat more. 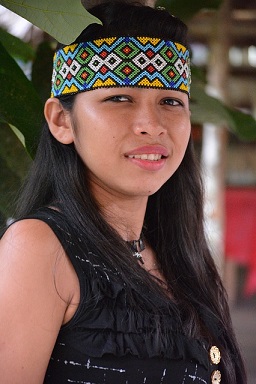 The women are the main hands behind this warm hospitality. Women stand as the backbone of traditions and customs in India. They work the whole day to clean the house and they also make all the necessary arrangements for the guests. They prepare many mouth watering dishes and still they don’t complain of being tired of doing so many things.

There is firm belief in every member’s heart that the guest should be indeed treated as God. So serving God will never go fruitless like some mythological stories of the past. In those Gods used to visit people’s houses in disguise. They used to bless them with good luck and fortune after being pleased with their hospitality. This concept is still being followed in many Indian homes.

Most Indians reside in a joint family. When a guest arrives, each member of the family greets him in a traditional way, giving them a warm welcome. After that the guest is served with water by the kids or the women of the house. 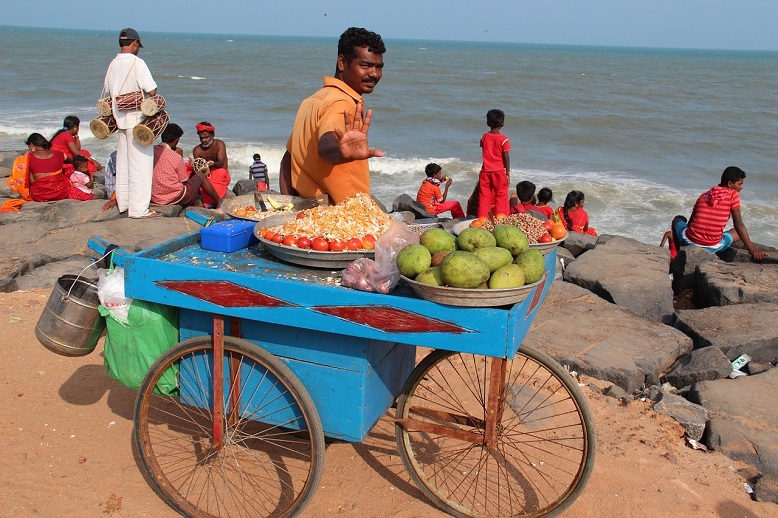 Hospitality in India Starts Right from the Airport for Foreign Visitors

Hospitality in India starts right from the airport for foreign visitors. They are given a warm welcome by the air hostesses and the other airport staff and are greeted with flowers and bouquets. It can also be seen on the roads where people are ready to help any stranger.

To help him find a location or an address of a residential home or a shop etc. the Indians have always given a priority to their guests in comparison to themselves. They want the best of every possible thing for their guest and thus the warmth of the hospitality in India is reflected in their attitude and behavior towards their guests.

India – A Multilingual and Multi-ethnic Society

India is a pluralistic, multilingual and multi-ethnic society. It is the second-most populous country (with over 1.3 billion people estimate for 2017), and the most populous democracy in the world. India’s official languages for the government are Hindi and English. They are not necessarily the regional languages.

India is a federation composed of 29 states and 7 union territories.

There are six main religious groups with Hinduism making up about 80% of the people. The religions are: 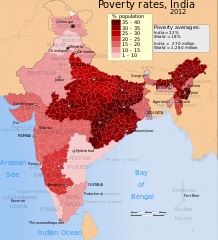 Poverty rate map of India by prevalence in 2012, among its states and union territories. Click image for large view. Image by M Tracy Hunter / CC BY-SA 3.0

Unfortunately poverty in India is a historical reality. From late 19th century through early 20th century, under British colonial rule, poverty in India intensified, peaking in 1920s. Rapid economic growth since 1991, has led to sharp reductions in extreme poverty in India. However, it seems that those above the poverty line live a fragile economic life. According to Global Wealth

Report 2016 compiled by Credit Suisse Research Institute, India is the second most unequal country in the world with the top one per cent of the population owning nearly 60% of the total wealth.

Here are a few images of people of India. With such a diversity of people and interests there are many different customs and traditions. There are too many festivals to list but here is a list of many of the festivals in the country. 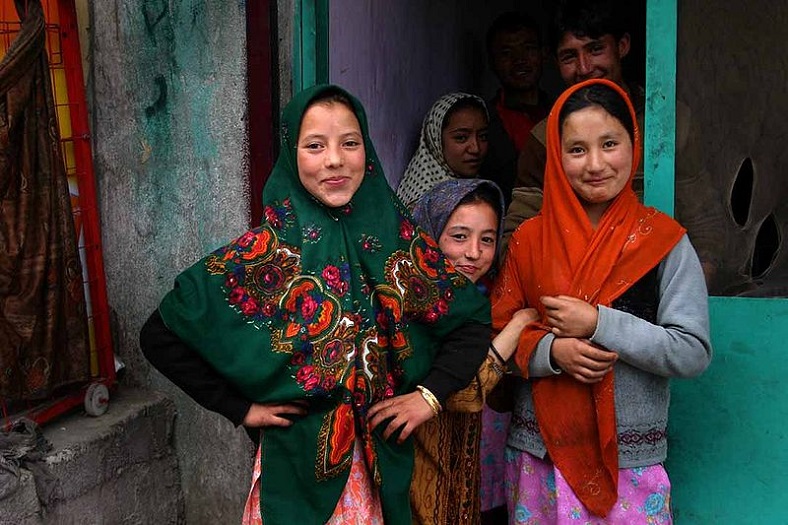 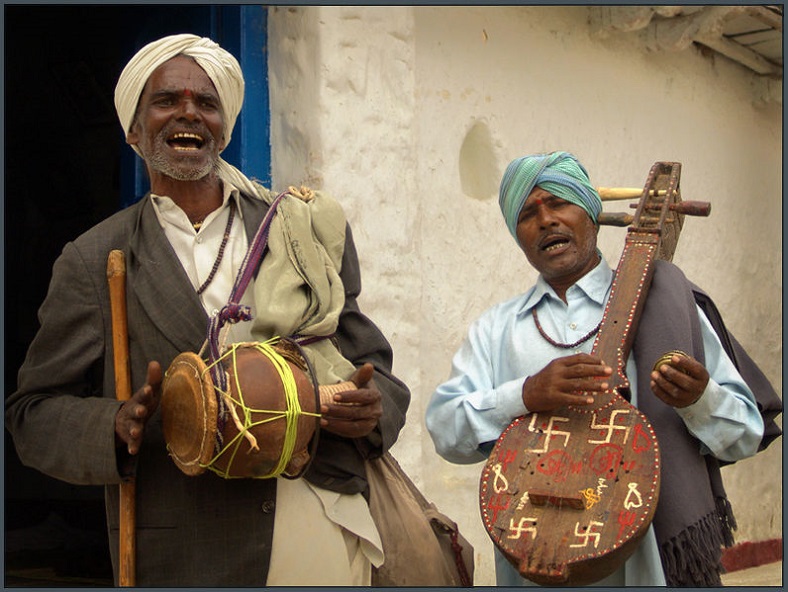 Village musicians in Hyderabad singing and playing a drum and string instrument. The latter is decorated with swastika and aum signs. Photo by Sukanto Debnath / CC BY 2.0 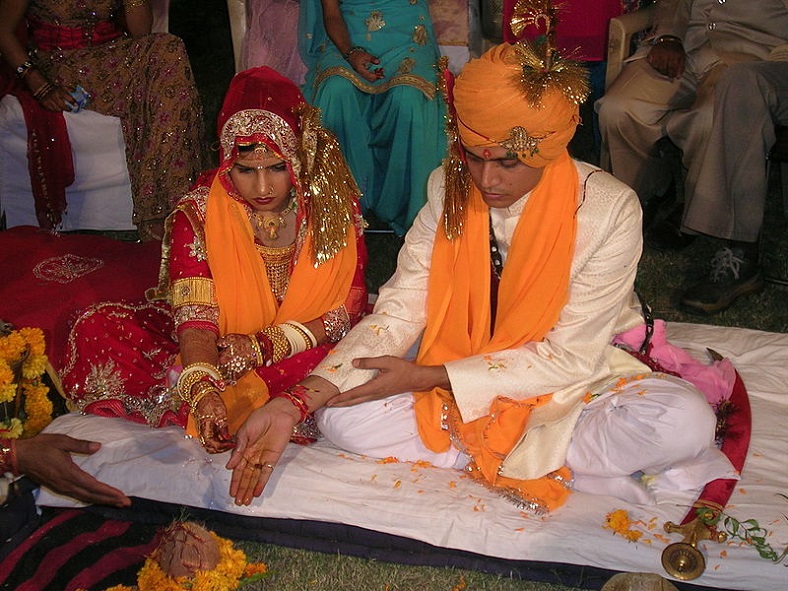 Hindu marriage ceremony from a Rajput wedding.. Photo by Jaisingh Rathore / CC BY 2.5This image contains persons who may have rights that legally restrict certain re-uses of the image without consent. 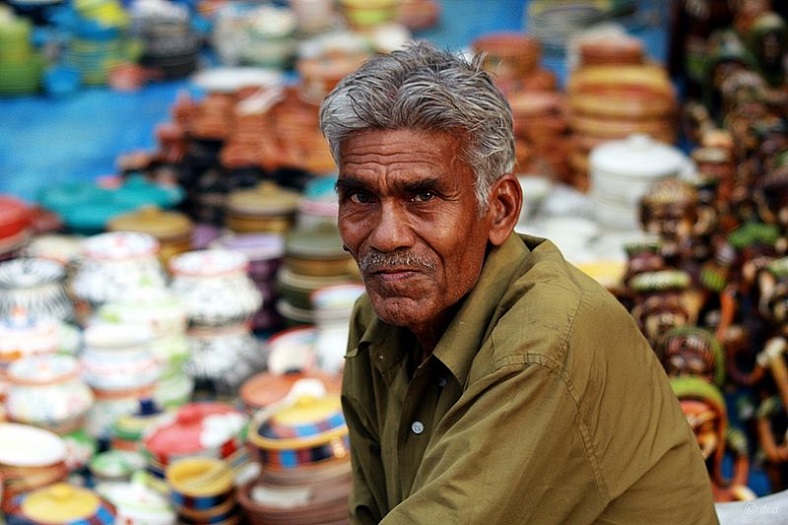 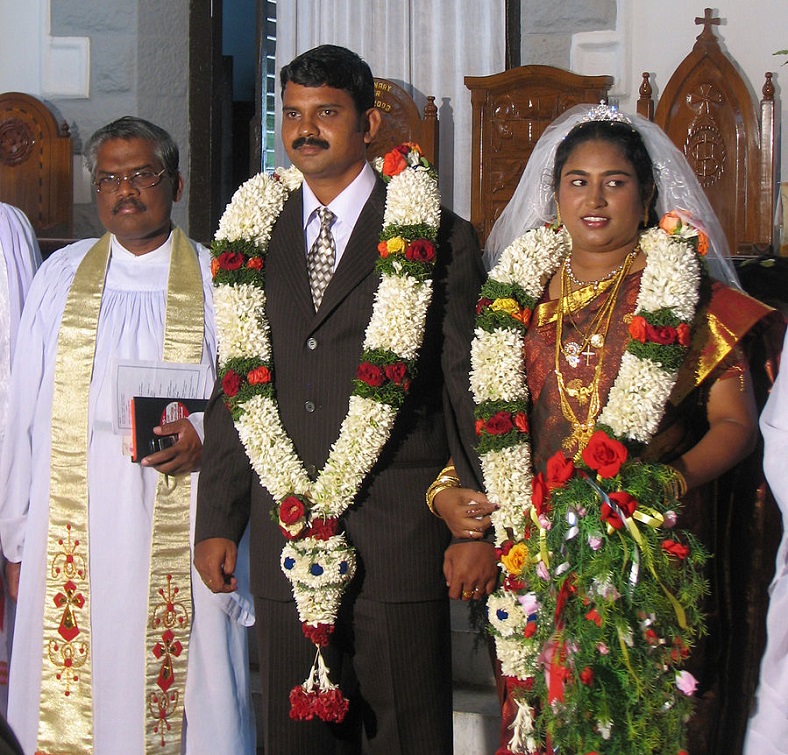 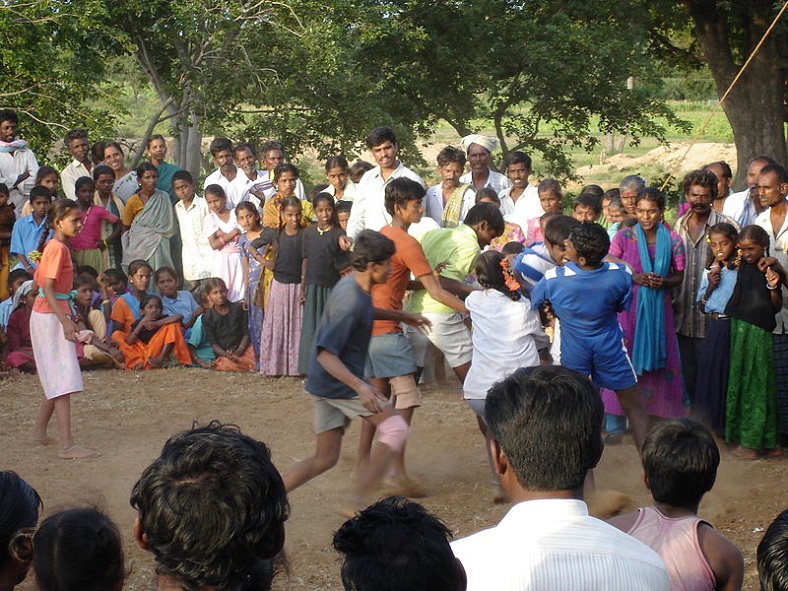 A game of kabaddi in progress in Bagepalli, Karnataka, India. Photo by Mikhail Esteves / CC BY 2.0 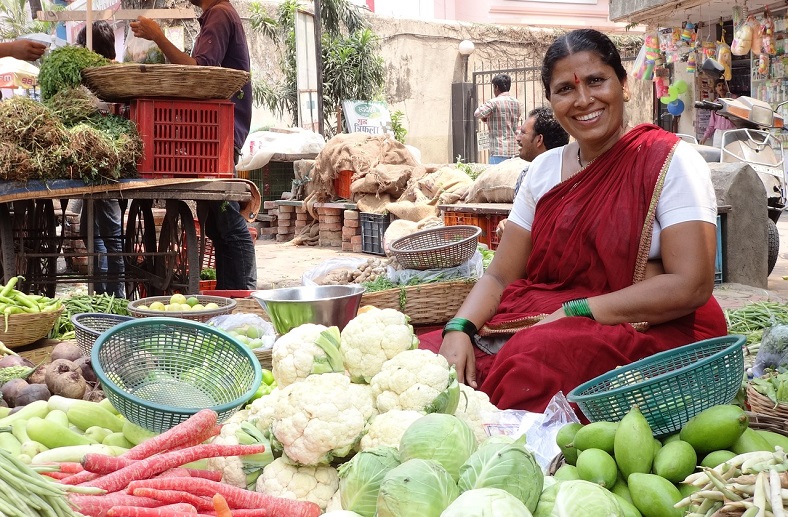 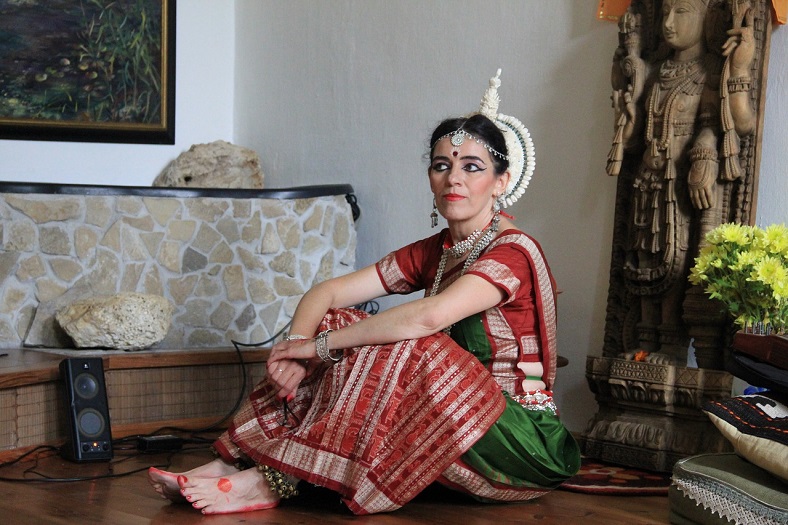 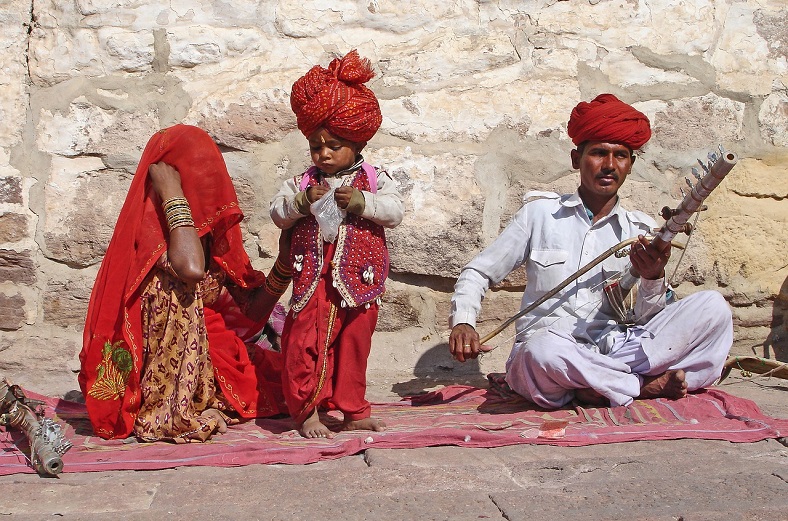 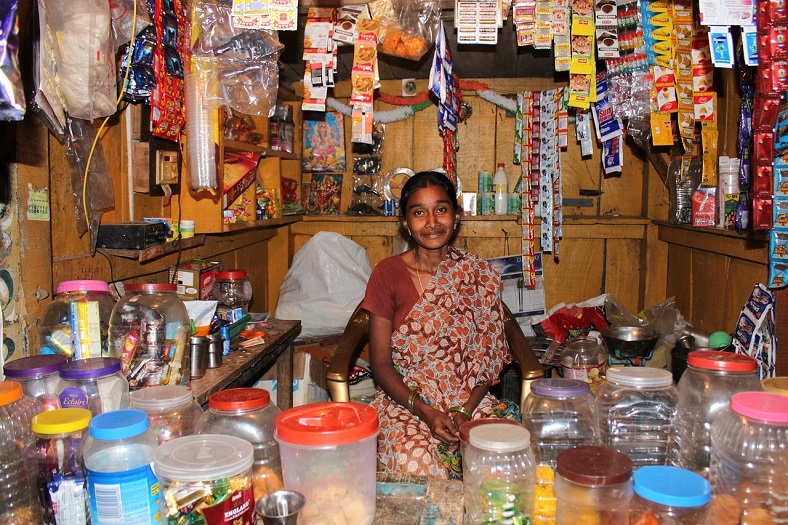 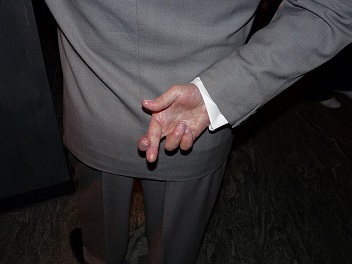 Many of the articles were submitted by our readers in India. Other major articles were written by our resident writer in India. I (the administrator), do not know most of these customs, superstitions, or symbols, being born and raised in the USA.

This is new knowledge for me and maybe you too. We hope you enjoy these articles and can take advantage of some of the information presented.