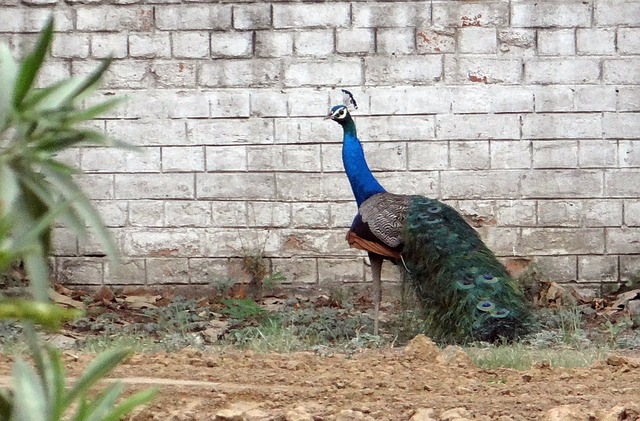 Is Indian Society having tradition of fasting for one or the other reason, how does it effect future life ?

In our Indian culture – especially in hinduisam – people keep fast for some or the other reason (religious or monetory or matirialistic reasons ) beliving that it will affect their future life & solve their problems………How this could be justified ?

Hi brother
fasting has the physical purpose.
And in hinduism if did fast on special day like Mahashivratri it gives you blessing’s of god(what we called “Punnya”) thats helps us in the next life as good happy moments in our life.
Thanks.

Do you consider the current mixing of western culture with Indian culture in India a rapid change?

I think what India is going through is similar to most countries globally where Western Culture is on the surface, in the cities unescapable, and the country will always deviate from the city and be well behind its development in Westernization, but preserving traditional life of the country.

Some problems on the indian food culture?

Who prepares the food? What time do the yeat their meals? whe nis the biggest meal eaten and does everyone eat together? are there any unusual foods that are eaten in this culture? What is considered to be india’s “FAST FOOD”?

The women, of course, prepare the food. Or the servants.
They eat a breakfast, a lunch and a dinner. Dinner seemed to have been served later in the evening. It is very important that everyone eat together, especially dinner. My husband gets really upset if we can’t eat together. Also if you are eating, people seem to respect this a lot and don’t bother you.
It is almost religious.
India’s fast food would have to be all their food vendors that are everywhere. They serve deep fried things like fritters and samosas.
One unusual thing I had in Northern India was goat stew. I really cannot think of anything else that was truly strange… On the whole,
their food is really flavorful and delicious.

Is western culture creeping into India at too fast a rate?

And why do people, mostly from Mumbai, are so crazy about US? Most females in various matrimony sites express their interest in marrying “someone from US or UK”
Now I read about kissing in public. Whats with our people? Why are they abandoning the pure indian culture especially when it is so rich and well respected even by oursiders?
Whose talking about intermarriages, Mr Selfcentred ?
What is Hindiang babbling about? Are you comparing our old culture with the present western culture? Re-read my question and have a another shot at answering what I have asked and not what you think I have asked.
There goes Hindiang again reading stuff into my questions I have not asked. And “kissing in public does not make you pregnant” therefore is OK…what logic is that? Idiot’s logic? And who approves of Indians pissing in the streets? I dont and did not even hint at it. And what is the meaning of western culture you ask? Just take a common definition that everyone knows of. And it certainly is not just wearing scantily though that is a outer symptom of the western mentality and values.
You claim to have given a full answer? Think again. Dont think you have the mental capacity to answer this question any more from what rubbish you have spilled out so far.

I agree with you in that western culture is being blindly adopted by our Indian youngsters without pausing to think of the pros and cons of it.Becoming westernised doesn’t necessarily mean that you are liberated.You must have heard of ‘Swaymvar’ in our Indian system where girls had the freedom to choose their grooms.So wasn’t our culture modern?
It is necessary to take pride in your own culture and not blindly imitate the west.So Indian youngsters where is your ego guys?

indian tradition & culture was one of the most beautiful culture & tradition in the world ?

It is still the most beautiful culture and tradition in the world. I think you have seen the metropolitan cities only or perhaps you are getting your facts from TV channels. Just visit some village and you would find that science has entered in their lives but still they are very much Indian. The same warm welcome, the same innocence, the same tradition and believes-Atithi Devo Bhavah, the same respect. Nothing has changed there.
It is a painful truth that metropolitan cities are coping the western culture blindly because of which it really seems that we have forgotten our own culture. If I had not visited the villages than I must be suffering from the thought that we have lost our own identity like many other East Asian countries [Singapore, Japan (I like their Kimono dress very much) etc.], which have totally changed their dresses,religion, language and lifestyle and now no one can tell you what is their own identity. It seems so cheap and disgusting to me to change our own self in the colour of someone else. It’s really shameful !

If you are vegetarian would you eat eggs or drink milk? What about vegans? Is there a difference?

In the hindu/indian culture.. it is common to find vegetarians that dont even touch eggs but will drink milk…BUT when fasting (there are many special fasts in our culture) they won’t touch either and stay away from other things too… So eggs/milk = meat or not?

Vegans don’t eat anything that comes from animals. Period. Vegetarians don’t eat things produced from the killing of an animal.

Indian Men and their Culture?

Once again, I am not racist in any way, but.. why is it that is seems like Indian Men.. (not native americans) are so respectful towards women. I have had the pleasure of chatting with a few, and they are the most respectful caring men I have ever met. Now, I know that there are good and bad men in every race, but they are just a down right pleasure to converse/date. I don’t understand why there are so many negative stereotypes about them. The people who I have conversed are not at all dominant or hateful. I would just like to know exactly how different the Indian an American cultures are. The person who I am considering dating is rather affluent (so I know he does not want a green card), and he already wants to marry me, but that is just way too fast for me. He is Indian, but is currently living in Dubai. I also know he does not want to gain his US status bc he wants me to move to Dubai with him.
I am assuming he is this way bc he seems to be more Americanized.

I know exactly what you’re talking about, mainly it’s because Indians that grew up in different countries would act different. So an Indian living in the Middle East would act different compared to an Indian living in France, England, US, Canada, Switzerland and there’s many more countries. Many Indians even live in Africa, I guess if they grew up in a certain country they usually would act a certain way. Dubai on the other hand is a very westernized place, and it is a very luxurious place to live. Many people from western countries live there. He’s probably westernized so that’s why he’s polite. Stereotypes exist because people assume that just because they’ve seen Indians being mean to girls or women, all Indians are like that. THAT is not true, I’ve seen Indian guys treating girls very well. It’s stupid how people just shove all Indian men and guys into one category.

Let me start with I am not trying to criticize only understand. I was in India this summer and I had to get used to a few things for one my lack of personal space when talking to people especially of the same sex they get very close to you. In line you can actually feel the person behind you. And while I was in class, I was studying abroad; a friend of mine took my bottle of water and started drinking. I don’t understand why American culture is so separate so please don’t ask me to explain but I was wondering if any Indians knew why people get so friendly and close do fast. i am not trying to say one is better than the other i am just curious. it did make me feel uncomfortable at first but I got used to it

In India, it is really easy to make friends, as you have observed, 5 minutes of talk with anyone will make you a friend. The whole indian philosophy is around the brother hood of mankind and love, and it comes most naturally to Indians to be friendly with almost every one.

I stay in Delhi. I can’t freely go out to discos, to dance, without being in a potentially unsafe environment. There is no decent place decent girls can just have fun. Girls get labelled faster than anything.

Maybe its not for you then

More plus Luck and Superstitions