Hi, I’m planning a trip to India this summer with a friend. I’ll get to see his family and his village and I really want to integrate properly, as well as not doing any cultural faux-pas. I’m already aware of the dress code (which I fit in perfectly already) but I was wondering, as a guest to my friends house, is it better for me to touch his parents feet as I enter the house? Or as a foreigner would this be rude? I’d ask my friend but, a lot of the things I ask he waves it off , that I’m a foreigner and I shouldn’t worry (where-as I worry a lot.. hehe). Anything else I should be aware of? What would be a proper gift to his family??

Thanks for your time!

In India touching feet is not a compulsion. Its a way of showing respect to ur elders and taking their blessings. We do it by our own choice.
Since u r a foreigner so they won’t be expecting u to touch their feet but if u do so then I’m sure they would be surprised. It wont be rude, instead it would show ur atticates and ur humbleness.

As far as gifts are concerned, frankly speaking don’t know exactly what to gift.
Actually I have given gifts only 2 my Girl Friend so can’t tell u what to give mom and dad.

O Ya !!
Once I had gifted a saree to my mom on her birthday.

Is ‘feet touching’ a Hindu or Indian custom?

Is the tradition of touching an elders/ respected person’s feet a Hindu custom? Might Hindus in other countries observe this tradition, or is this custom exclusive to India? Is it unheard of for Balinese Indonesians to touch feet as well?

It used to be practiced in several cultures around the world. “Shikamoo” in East Africa is now used merely as a greeting. Literally, it means “I touch your feet” much like “Pairi Pouna” in Punjabi.

It is a Hindu custom that is slowly fading out just as the whole concept of respect to elders is.

But I have known several muslims from the Indian subcontinent who make a “feet touching” gesture without actually doing it. Sort of a knee touch.

why in India, we touch elders feet to get their blessings?

Its not that I am against it but I just want to know more about it.

TO EMBRASS IS LOVE, TO SALUTE WITH A NOD OF HEAD IS RESPECT, TOUCHING FEET IS MUCH MORE THAN THAT!

touching of feet,please help me out~ etiquette?

My best friend is from India (Hindu) and she has family coming to America to visit and I will be meeting them. Very soon I will also be meeting her Mom in the next few months.
Could someone please explain to me the proper etiquette when meeting someone and the touching of feet. When you are and aren’t supposed to, when you should etc.
I havent seen my best friend in some time either and would it be proper when seeing her again to do so.
Thanks
thank you Raj. that was very sweet of you.. I’m very excited about meeting her family and learning more about the culture 😀

Touching of the elders’ feet or prostrating before them is now passe in
modern India except in very orthodox families or in remote villages.A
warm welcome with folded hands and offering a glass of water at the outset will be adequate and would not be considered disrespectful.You may hug your friend.Also hugging women guests (you being a woman
yourself) is proper etiquette.You could shake hands with the male guests.That your guests have crossed the seven seas (though not
literally) to meet with you is indicative of the fact that they have shed their orthodoxy to a large extent and have adjusted or are prepared to adjust themselves to the new order,world and its customs and practices.
Incidentally,I am from an erstwhile orthodox family,who turned progressive after bucking the old order,though now I am a lone eagle having lost my loved ones and having no contacts with the numerous
uncles,aunts and cousins spread across India and even here in the US.
Have a Great Day and Wonderful Time with your Indian Guests.I can
assure you (even without meeting either with them or you) that they would certainly be very warm in their frienship with you and your family.

Is touching elders feet to seek blessings haraam? Its done alot in India…Bangladesh a bit aswell

This is completely Haraaam… And it is a teaching of Hindu’s. It is a cultural thing in India, Bangladesh which the muslims have picked up from the Hindu’s.

Touching the feet of an elder or anyone shows u bowing down to them, and nobody should bow down to any1 apart from Allah. It is a cultural teaching and if ur parents tell u to do it then u must refuse; it is totally haraam and this teaching must stop within India and Pakistan.

There is NO hadith where u touch an elders feet for respect, it is a hindu cultural thing, and this shows disobedience to God.

The only time u do not listen to parents is when they create an innovation or tell u to disobey Allah’s teaching. Touching feet is sign of respect in Hinduism.

You must NOT do it even if it hurts their feelings, would u rather hurt allah more then ur parents? 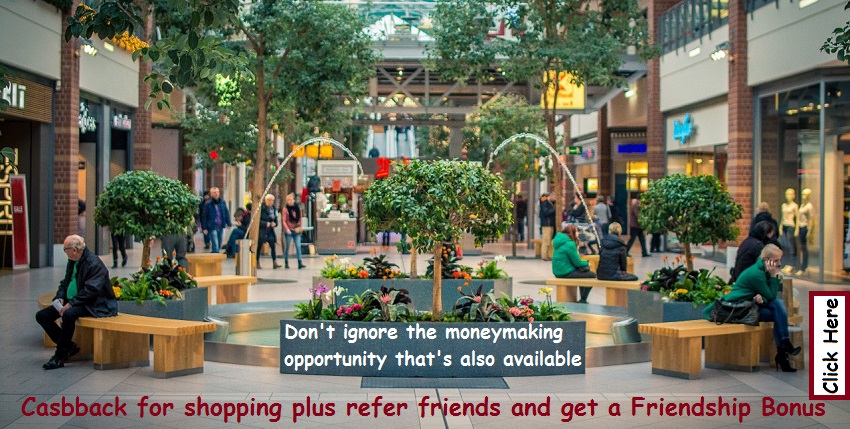 Is the touching of the husband’s feet on days like Karwa Chauth part of Hinduism OR Indian culture?

I’m a non-Indian in the beginning of a romance with a religious Rajasthani Brahmin man. He’s raised the topic of marriage (to me) – it’s an ongoing discussion and I have not given him an answer.

While he’s said beautifully romantic things that take my breath away, eg. how his wife would be his other half, etc, yesterday he made the disturbing (to me) request that I touch his feet on at least certain days of the year because it would “make him happy”.

I know the custom is a fixture more in the north (India) but I had been under the impression it was usually demonstrated towards one’s elders, gurus, national leaders or others above you in social rank as a symbolic form of worship and respect. Now, as someone who practices energy healing, I also understand in a very real way the exchange in the energy centres of the physical and subtle bodies such contact entails.

But to a might-be husband who is actually several years younger than me and would not be supporting me at least financially? I truly mean no disrespect to this custom though I have grappled with patriarchy in my own background and family history (and largely rejected it).

Does anyone have the reference to the Vedas where it says the woman has to do this to her husband – if so, could it have been corrupted or misinterpreted along the way and accepted unquestioningly?

When I asked him, he also said touching my feet in return, eg, in massage, would be degrading to him! He couldn’t explain how this wouldn’t be an act of submission on my part.

Any help or references to illuminate this would be greatly appreciated. I reiterate, I mean no offence to anyone. I’m trying to learn.

The issue of paying respect and ways of paying respect should be left to individuals….and should not be forced upon…pls tell that guy ..”respect needs to be earned and not demanded” also ask him to follow certain customs from your culture and he would realize that its really difficult to chage …

Are Indian Christians allowed to touch the feet of Hindu elders?

Im kinda confused. Though I don’t live in India, and not Hindu, (Catholic to be specific), am I allowed to touch the feet of Hindu elders, or would they look at it being awkward?

India:- are we forgetting our culture?

http://pulse.yahoo.com/_NZ4G36HZ4OHEARN5XVMP7GQ344/album/photos/174025
i have seen many foreigner in Delhi wearing Sarees and suits dressing like Indian woman
and some of Indian girls hate to wear and follow their culture
is this foreigner trying to give us some clue of touching feet of mother?
what do u say and what are ur views about Indian culture?
non Indians are most welcome if they have something to share about their views?

A small section of urban areas are certainly is forgetting the culture in the blind copy of western one. I am not concerned with external effects like wearing,eating but the attitude change. Only yesterday evening I saw a sikh boy smooching his gf near a metro station where there were not many people but still there were some passerbys of whom they were aware of. After two mintues they again hugged and smooched each other and then entered metro station. It is not one-off experience. I guess within a couple of years PDA will be too common and cross all barriers.

Why is it impossible to be an atheist in India?

I am a 34 yr old univ prof living in the US. I am single and that in itself makes me a pariah back home. Not that the US is a lot better, but I have no relatives here so I dont have to answer Qs. But this question is about my atheism. Ever since I told the folks I am an atheist, they have picked two kinds of responses (1) Either they assume I am not serious, which means they will still offer me prasad, ask me to touch feet and all that crap. (2) They will flip out at me viciously. Atheists are oppressed even in the US, but at least I can speak my mind when I want. In India they either exclude you completely or dont take your beliefs seriously. That is a problem because I love going to India(its MY land, after all). This summer I went to India and toured Uttar Pradesh by myself without telling anyone I was in India. I dont want to live like this… but it is impossible to be with my family sometimes… why is all this so hard?

Living in India, even I find it extremely difficult to get along with my relatives. I also feel that the cultures and religions that we are following is only namesake cultures. They are full of hypocricies and do not make any sense. It is most of the times difficult for me even, to breathe into that kind of environment.

But I don’t disown God (to me Krishn), just because the majority indulge in hypocricies and deep ignorance. That does not make me feel depressed. I continue to live with the existing social order, considering that as a man finding himself, in a badly managed picnic.

I follow the Sanatan Vedic Dharma (The eternal divine ‘religion’) which is the envy of my brothers and sisters and relatives. It is not easy to give up old habits of following religion in a wrong way. Egos are involved, which forbid you from taking a line which is not popular, though it is the only way to understand the meaning of ‘Truth’.