Aarti – a must in many Hindu Ceremonies and Traditions 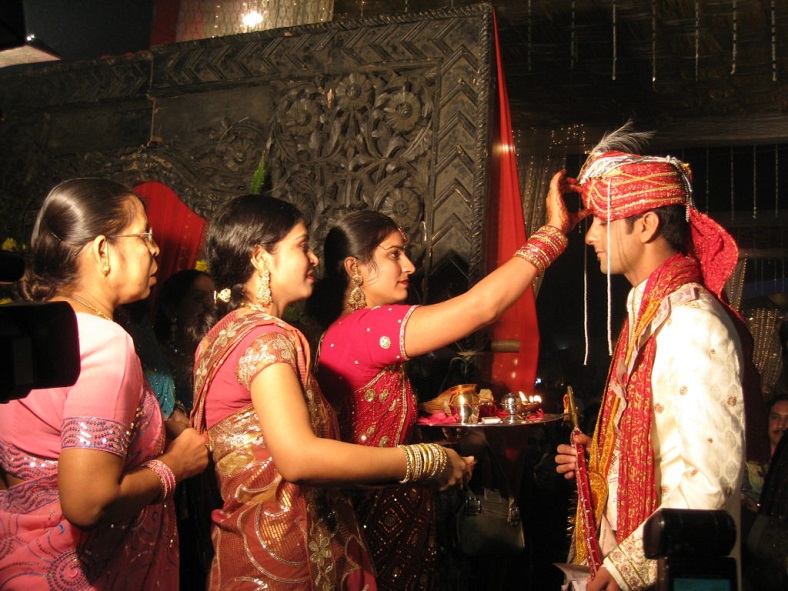 The Aarti is a very old and traditional Hindu ritual. It is a Hindu form of worship. The word ‘aa’ means ‘something moving towards God’ and ‘rati ‘means ‘virtue’. The ritual of Aarti has its mention from very olden days in the Rig Vedas and it actually means the highest and superior form of love towards God.

It also means the devotional songs sung during the pujas or prayers. It is one of the parts of the Vedic rituals which involve the fire. Some people say that Aarti means a kind of shiny cloth worn during the performance of religious rites.

The Aartis are generally the closing rituals at the end of a prayer. It is performed daily in the temple at fixed hours and it is also a must in many Hindu ceremonies and traditions. It is a general concept to perform Aartis fives times a day. In India, Aartis are not only performed at the end of a ritualistic worship but also to honor a guest or a saint.

These steps are also known as the ‘Shodasa Upachara’ as Aartis are one of the steps of these pujas. It refers to the holding of a lighted lamp in one hand mainly the right one and circling it in a clockwise movement around the idol or deity.

Performance of the Aarti has Great Significance in the Vedas

The Aarti plate which contains the lighted lamp or the Diya can also be circled. This ritual symbolizes the connection between the Universe, the individual and the Supreme power, God. As the lamp or the plate is circled, the chanting of devotional songs is carried out simultaneously. The ringing of the prayer bell also accompanies this ritual at the same time.

As soon as the Aarti is over, the worshipers place their hands over the flames of the lighted lamp and then touch it to their foreheads and the eyes. They say that the lighted lamp symbolizes the deity to whom the prayers are offered. Many devotional songs are sung at this time and they are all praises of the Lord.

People also clap their hands while singing the Aarti and all these actions of singing, clapping as well as ringing the bells denote the happiness and auspiciousness of the whole ritual. Bronze or silver plates are used during the Aartis with cotton wicks soaked in ghee (clarified butter) placed on the small earthen or metal lamp. Incense sticks and flowers are also kept on the plates.

The performance of the Aarti has great significance in the Vedas. It is the time when the devotees get fully immersed and involved in the Divine form of God. The circular movements performed during the time of Aarti signify our daily life activities.

They should revolve and center around the Supreme power. The devotees tend to dissolve themselves in the divine blessings received during the performance of this ritualistic worship.

There are many cassettes, both audio as well as videos, released which have numerous melodious devotional songs or the Aarti. Devotional songs have always attracted people in some way or the other.

Aartis Help to Connect with God, the Supreme Being

People who do not make a daily visit to the temples or who do not have Aarti rituals held in their homes can begin their day by playing these cassettes. Many videos of devotional Aartis have been downloaded at various sites like the you tube videos so that people get familiarized with their traditions and customs.

Aartis help to connect with God, the Supreme Being and thus, it is one of the best Indian traditions that we have come across yet. It has very much the same essence as the hymns and songs sung in praises of Lord Jesus by the Christians.

I have grown up seeing Aartis being carried out in my paternal house. Every morning and evening, either my father, or mother, or grandmother would perform Aartis. During that time, we would also gather in the room where the Aartis would take place; it was a must for us. No matter where we would be, we had to come back to attend the Aartis.