Annaprashan Ceremony – the First Rice-eating Ceremony for an Infant 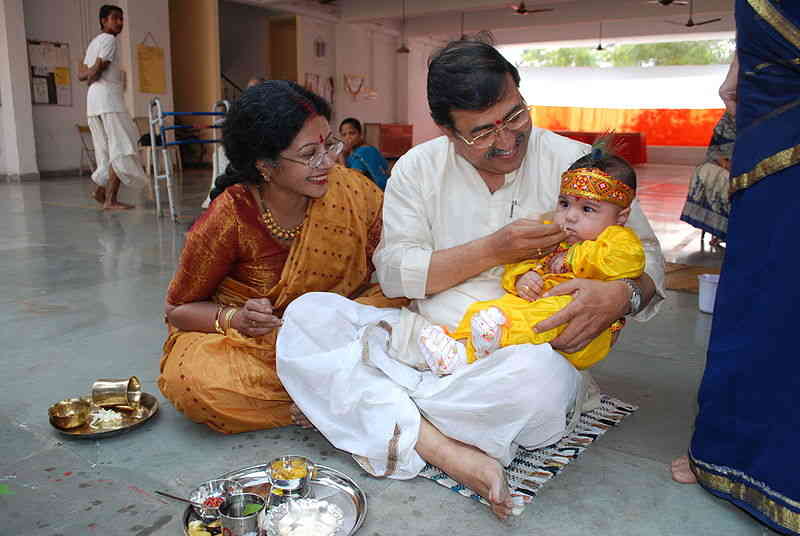 Annaprashan, also known as annaprashan vidhi, annaprasan, or Anna-prasanam is a Hindu rite-of-passage ritual that marks an infant’s first intake of food other than milk. The term annaprashan literally means “food feeding” or “eating of food”.

The ‘Annaprashan Ceremony’ is the first rice-eating ceremony for an infant. The literal meaning of the word ‘Annaprashan’ is feeding rice. This is a traditional Hindu ceremony in which the infant is first fed with rice apart from milk. It is a very important ritual in the Hindu religion. There is a similar tradition followed by the Parsis too.

This tradition is also followed in many parts of the country with different names and slight variation in customs and rituals. The basic concept is the same. In Bengal, it is known as ‘Mukhe Bhaat’ and in the Garhwal Hills, it is called the ‘Bhaatkhulai Rasm’. The Malayalis refer to it as ‘Choroonu’. The word ‘anna’ means grain and the word ‘prashan’ means to feed. 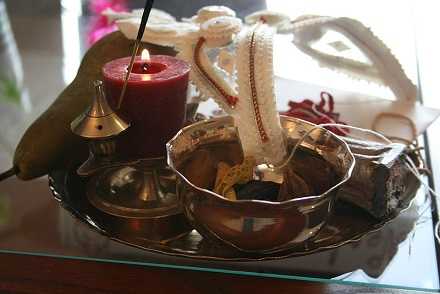 Annaprashan is a Hindu rite-of-passage ritual that marks an infant’s first intake of food other than milk. The term annaprashan literally means “food feeding” or “eating of food”. Photo by Jean-Etienne Minh-Duy Poirrier / CC BY-SA 2.0

The Infant gets ready to move to a Solid Food Diet

The annaprashan ceremony marks the start of the weaning period of an infant’s life. The right time for this ceremony is when the infant gets ready to move to a solid diet from a liquid diet. It is a transition phase from liquid food to solid food.

When conducting this ceremony in the home, one invites a priest. The priest performs all necessary rituals of the ceremony. Many relatives, friends and neighbors are invited. The guests also have a large feast. 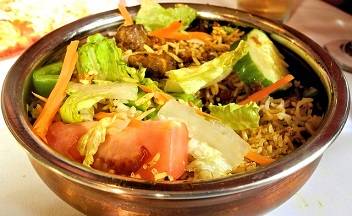 This important ceremony is done on an auspicious date and time. It is decided in consultation with the family priest. On the day of the ceremony, the infant is bathed properly and then finely dressed with new clothes.

Usually the infants wear traditional clothes. They are mainly dhoti kurta for the boys and lehnga choli for the girls.

Offerings are made to the Deities

A havan or a religious fire is conducted and offerings are made to the deities. The Gods are asked to give health and joy to the child. The ‘prasad’ is the offering made to the deities. It is the first solid food fed to the infant after the puja is over. It is a ceremony in which family members gather together to celebrate the joyous moment of a family.

The rituals in the ceremony are different for both the male and the female child. In case of a girl, it means the worship of Lord Vishnu. Then water is offered to the ancestors. After that it is concluded by feeding the ‘prasad’ to the baby girl.

In case of boys, it is a very elaborate custom. Many gods and goddesses are worshiped. They include the Shashti after which the Markeondo Puja takes place. Then follows the ‘Shoras Matrika’ which means worshiping Lord Ganesha along with the sixteen deities. The Prasad is a sweet dish made of rice and milk. Generally it is called ‘Kheer’ or ‘Payash’. Many other dishes are also cooked along with the sweet dish.

Another ritual is performed along with the Annaprashan ceremony in order to complete this ceremony. 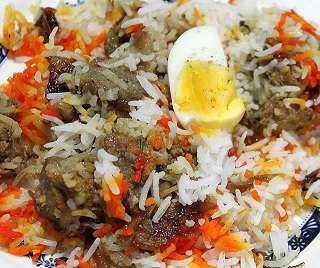 It is the worship of Lord Brahma in front of the sacred fire. It is done to inform the Lord of the position, time and date of the infant’s stars.

The Future of the Child is Predicted

Books, pen, food items and some other things are kept on the different trays. The infant is asked to pick one thing from these. The future of the child is predicted depending on the object he/she picks up.

They celebrate their happy occasion and also build a religious atmosphere in the home and its surroundings. This is necessary in the modern hustle and bustle of the society. A society in which the traditions and culture of the Indian society seems to be minimized or lost. Celebration and conduction of such traditional ceremonies helps to revive the lost rich heritage and culture of our Indian society.