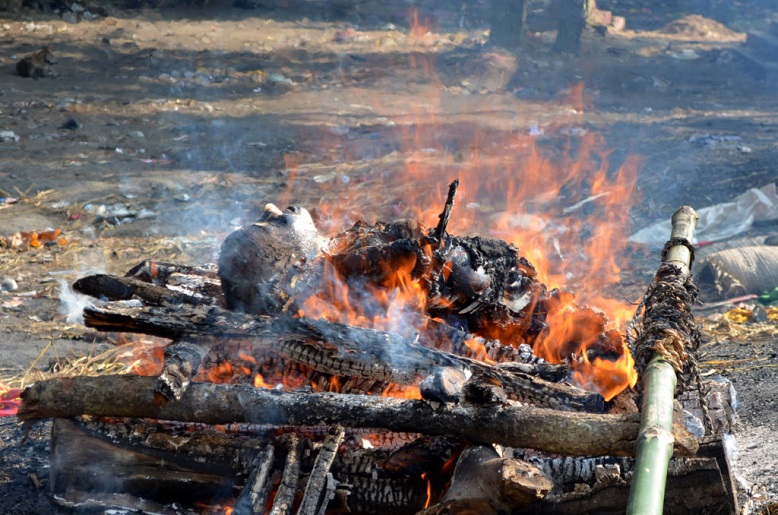 There are a number of rituals and customs to be followed after the death of a person in a Hindu religion. A ritual, ‘Antim Sanskar’, is an important sacrament of the Hindu society. It is also called the ‘Antyeshti’.

These traditions are followed very rigidly upon the death of a person are considered very important. It is said that a person who dies moves into the next level, or world, or a new life. So to transfer the person’s soul in a calm and peaceful manner to the next life, the following of these rituals are very necessary. It helps an individual to have a better life on his re-birth.

Generally only the males are present at the site of the funeral. A procession is taken out in which all the relatives, friends and neighbors take part. They take the dead body to the cremation ground.

Disposal of the Dead Body of a Person is by Cremation

The cremation or the burning of the body into ashes by laying it on a pile of wood and lighting a fire. That is the way of disposal of the dead body of a person. The eldest son, or the closest relative of the dead person indulges in lighting the funeral fire.

This is the ideal method used in the Hindu traditions. Some minor Hindu castes also follow the tradition of burying the bodies. Infants are never burnt. They are always buried. After this procedure, the ashes are collected and put into a copper pot and tied with a cloth.

Later on, it is immersed in the sacred River Ganges. Everyone who has taken part in the funeral ritual has to take a bath to purify themselves. The whole family and some of the close relatives undergo mourning. Usually it is usually ten or eleven days. 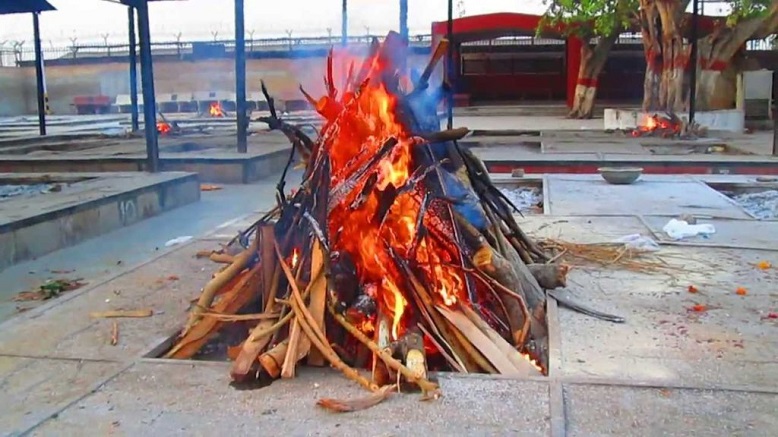 On the thirteenth day, known as the ‘Tervih’, all the close members of the family meet to have a ceremonial meal. On this day, offerings and donations to the poor and needy are also done in the name of the dead one. There are many customs and rituals that a family undergoing the mourning period should observe.

They cannot attend marriages, religious functions and other festive occasions. They are prohibited to wear new clothes and buy new things as well. On the occasion of the Tervih, havans and pujas are done by the priests and the family members.

Relatives are asked to pray for the peaceful departure of the soul to the next world. The main aim of such a gathering is to share the sorrows of one another in such a time. It is to show the nature of humanity.

It is a general saying that the mourning period is over after the thirteen days. However, some of the death rites have to be followed one year or the ‘Varshi’ (yearly) ritual. A remarkable feature of the Indian funeral tradition is the making of rice balls or the’ pindas’.

They are given as an offering to the souls of the dead once during these ritualistic days. This is done so that the spirits of the dead ones do not wander on the earth as ghosts; it is done solely to pacify them. 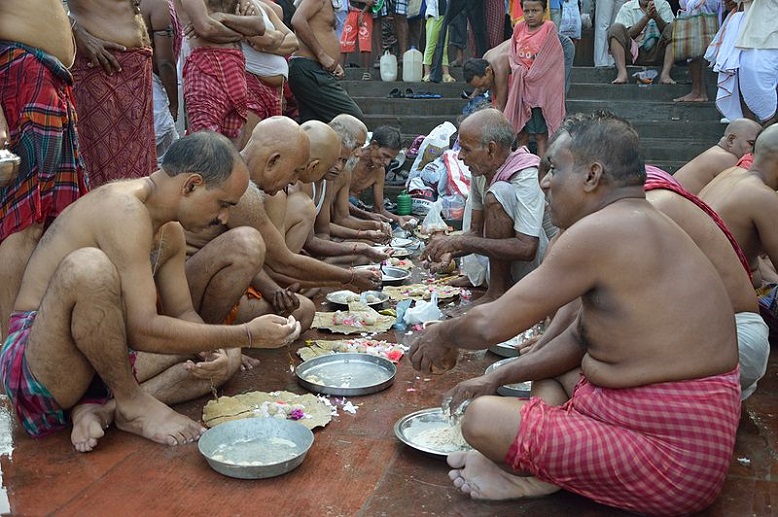 A mass Pinda Pradaana is being done at the Jagannath Ghat, Kolkata, at end of the Pitru Paksha. Pinda Daan or food offering to the manes – It is a Hindu ritual. It is well practiced on the ‘Mahalaya’ day when ‘Pitri Paksha’ ends and ‘Devi Paksha’ starts, even on other dasy also
Photo by Biswarup Ganguly / CC BY 3.0

The funeral traditions in the Indian culture are very rigid and tough. There are many rituals and customs that have to be followed after the person’s death. According to me these customs should not be so prolonged and rigid.

It not only binds the relatives and family of the dead person but also makes them mourn long after his death nearly for about a year. In this way they keep remembering the person’s death that leads to a slow process of the healing of the person mentally and emotionally from the death trauma that take place in the family.

Traditions and customs should be such that they should make people easy and comfortable and not such that they keep on pestering the people that they become tied in a do or die situation. Many customs have written texts on how to perform them well.

So the Hindu funeral traditions followed by Indian people have been prescribed to them. So they cannot take their feet back and thus do it with all their devotion and wholeheartedness.