Many India Cultural Symbols are from Old Traditions and Customs 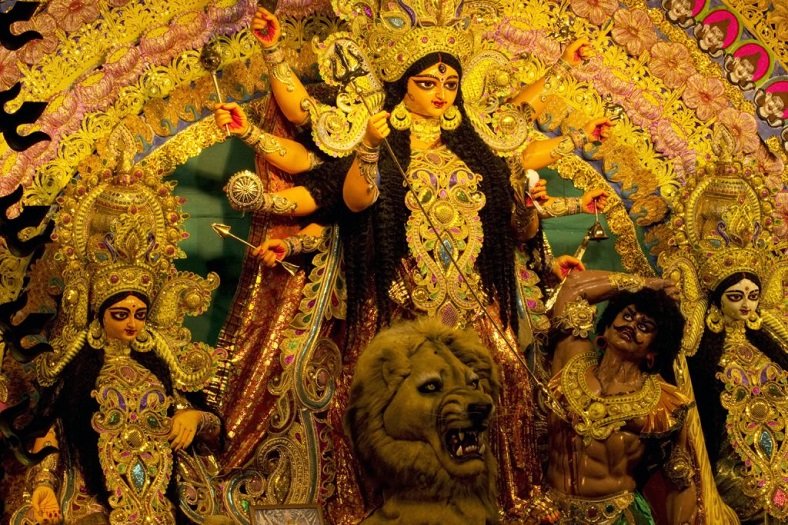 India is a land full of traditions and customs. Some of these are thousands of years old. Many of the customs have to do with their religion. Others are celebrations and there are numerous other events and customs. A few India cultural symbols are listed here.

Meditation – The Rishis and Sages say that meditation is one way to get closer to God and achieve the desired results. However, the meditator should sit calmly for having proper concentration. This is possible only if you choose a calm and quiet place to meditate. The experts say that the best auspicious time for doing meditation is around 3 in the morning.

Lamps and Fire – Lamps are used as a part of Hindu religion. People burn lamps by pouring oil or ghee in a saucer shaped lamps made of mud. Fire is worshiped by the sages. In any kind of Hindu ceremony, puja or ritual starts with the worship of the fire.

Tulsi and other Sacred Trees – Tulsi is a sacred plant and it can be found at the entrance of most of the houses of Hindus. This plant is believed to purify the place. It is also used for performing pujas. Tulsi has a significant role in Ayurveda in curing several diseases. Also there are several tree in India considered as sacred trees and worshiped. Some of the trees that are worshipped in India are Pippal, Amla, Banyan, Neem, Sandal, and Mango.

Lotus flower – Lotus is the national flower of India. It represents the Indian cultural heritage. God Brahma the creator is seen seated on this flower. Lord Vishnu and Goddess Lakshmi are seen holding this flower on their hands.

Coconut – In India, a sanctified coconut is broken on the occasion of any special event. It is believed to bring success, happiness, and prosperity. Coconut symbolizes the Lord Ganesha and so it is used for doing rituals and devotees worship it.

Tilak or bindi – Traditional Indian women are seen using bindi on their forehead. Men also use some sort of shapes on their forehead like in the form of circle, ‘U’ shape, one vertical line, three horizontal lines with a bindi in the center. It is believed that the wheel of wisdom is the center part of the forehead and so using bindi provides warmth and alertness.

Rudraksha – It is actually a seed taken from the fruit that comes out of a special tree. Original and fake ones are available. However, the original ones are worn by the sages as necklace to have proper meditation with the help of the aroma that comes from the seed.

Sacred thread – It is considered so pure and holy that only a Brahman can wear it because after God he is considered to be the next holy person. This sacred thread is a yarn that is worn during a ceremony to consider the wearer as sacred.

Kalash – It is a pot considered sacred in India. It is believed that all the gods and goddesses are present in a pot and so on ceremonial occasions a pot with clean water, fresh betel leaves and a good coconut should be placed at the entrance.

Bells – It is found in almost all the temples in India. The bells are rung in the holy places to bring the blessings upon the devotees.

Conch shell – It is known as ‘shankh’ and is used for auspicious purposes. When this is blown the sound that comes out denotes the call for the devotees to worship the god. This sound also represents a signal for the start of the war in Mahabharata.

AUM sound – If you deeply concentrate to the rhythm of your breathing sound you will find ‘So’ sound while inhaling and ‘Hum’ sound while exhaling. The sound that comes out is ‘SoHum’ which makes a person feel his existence.

Swastik – This symbol is believed to bring success, happiness, and prosperity. Therefore, the swastik symbol is widely used by the Hindus for business purpose as well as for happy married life and for other achievement and success in life.

In India people build houses based on the principles of Vaastu Shastra. This is beneficial for the members staying in the building which is constructed according to this astrology. Vaastu Shastra says that the North and the East directions are considered as the most auspicious place.