Parad Shivling has Great Religious Significance in the Ancient Vedas 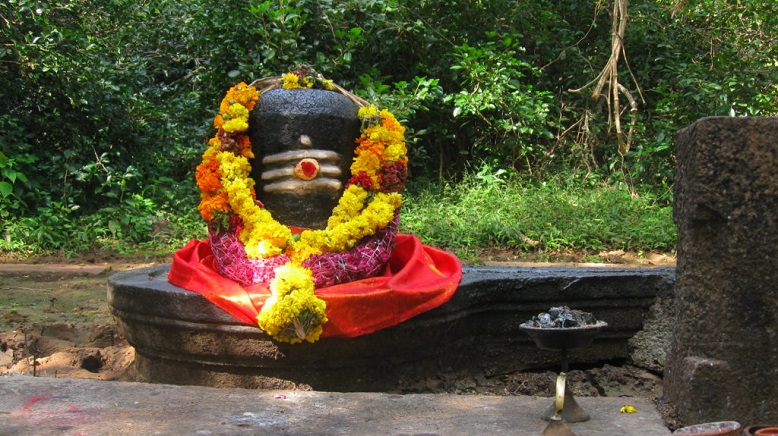 The term Parad means mercury and is known to be Lord Shiva’s sperm (seed) and Ayurveda says that it is a fluid metal that can easily flow. The Parad has always been considered as the purest. It is most sacred of all metals.

It has not only medicinal properties but also has great religious significance in the Ancient Vedas. The Parad is considered valuable and beneficial both scientifically as well as astrologically. Therefore, the Shivling of Shiva made of the metal Parad and silver is considered to be very auspicious and important.

The Shivling is very heavy and solid. It is a known scientific fact that mercury cannot dissolve in water nor can it stand at one particular place if someone puts a hand on it. This is a unique property of mercury. Using this property of mercury, the Shivlinga is made by solidifying it with silver and lead. It acquires the form of the Divine Shivlingam, also called the Parad Shivling. This is a very difficult process in itself.

The placing of the Parad Shivling requires an extra effort as the sanctity of this sacred object has to be maintained. It should be carefully kept at the Puja Ghar of the homes after cleaning the Puja Ghar properly.

It should be placed over a red cloth. The Puja or the worship of the Parad Shivling should be done on a daily basis and with full devotion. In return, the devotees get all the worldly pleasures in this present life and Moksh or salvation in the life after death.

Medical Benefits can be Received from the Parad Shivling

The worldly pleasures include, name, fame, sons, wealth, health and wisdom. They say that even touching an energized Shivling helps in the removal of sins from one’s life.  In order to get the full benefits from this Shivling, one should always adore and worship it.

A lot of medical benefits can be received from the Parad Shivling. Diseases like asthma and high blood pressure can be controlled by wearing a parad mala or beads. It is also believed to increase the sexual power of an individual.

Apart from this, keeping a Parad Shivling at home increases the wealth and prosperity of the place. It also brings happiness to the surroundings by removing negative energies. A person never experiences the shortage of food, clothes or money. There is peace and tranquility all over the premises where the Shivling has been kept.

The Shivling has the grace of Lord Shiva on it so it serves as a key for happiness and prosperity. The Shivling is a matchless as well as an unparalleled object in this world because of its mystical properties.

It is also helpful in bringing about knowledge and harmony among people. It helps students by enlightening their brain with wisdom and learning. The Parad Shivling has the spiritual power to harmonize and balance the aura in our lives.