The following document about luck and karma is eye-opening and in another sense, mind-blowing. Taken to heart, it destroys the ancient concept (in the Western world) of good and bad luck.

Luck and Karma – is LUCK all in the MIND?

This article came about when I decided to have a long book review written of a certain well-known book explaining Luck. I thought the book had merit and was the best of about two dozen books I’d read about luck. I was shocked at the response from my writer.

That’s because she indicated she totally disagreed with the author of the book. The author had said “there are principles and sub-principles to follow for being lucky.” To her there was only karma, and luck really didn’t enter the picture. She totally dismissed the idea of luck.

Under normal circumstances such an opinion wouldn’t sway me, but she reaps of academia, has multiple university degrees, and is a long-time accomplished writer. More-over, this is just the tip of the iceberg of her accomplishments.

She indicated “Luck is not mathematics that it will have principles, sub-principles, theories, and the likes.” So to refute that book (and a dozen more on the topic of luck) the following write-up is her response on luck vs. karma.

You need to read the entire document and may or may not agree with her take on Luck and Karma. Good reading. You may leave any relevant comments about her article.

Yes, it is true that there are many people who get in life or out of life what they want or wish for with a single snap of their fingers. Vice versa, there are people who want or wish for many things in life but they don’t somehow end up getting them – no matter how many times they snap their fingers; they keep trying and trying their level best wondering what is wrong with them or their luck. 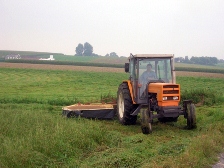 Look at Farmer A in the field. He has learnt farming from his father and is expected to become a farmer. Education was not possible for this Farmer A because of the family financial situation. So, this Farmer A grows up as a farmer in his childhood and teenage years, when finally, he takes hold of the rein from his father in farming. Day in day out, he slogs to grow crops in the field.

The saddest part, the field also does not belong to him; it is of some landlord in the village for whom he is literally working as farmer labor. Every year, for six months he works hard to make the crops grow and once it is done, 50% of it goes to the landlord while the other 50% is sold in the market, from which whatever cash he gets, he has to give 25% to 30% to the landlord, and he keeps the balance amount with which it becomes very difficult for him to make two ends meet.

Now, while selling the 50% crops, he gets an amount that is very less than what he has expected, or anticipated, or desired. Every year, the same story is repeated. The crops are fine, they are of high quality – then what goes wrong? Why does Farmer A not get the cash he desires or deserves? 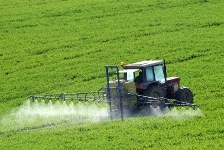 Farmer B of the same village has same fate as Farmer A but with one exception. When he goes to sell the 50% in the market, he gets cash more than what he has expected, or anticipated, or desired. So, after giving 25% to 30% to the landlord, he has enough cash in his hand to make his two ends meet.

Well, now some people will say that Farmer B is ‘lucky’ or he is reaping the fruits of ‘good destiny’.

Why is it so? Luck is nothing but your destiny, your karma.

People Who Live in the Past, Present, or Future

People who live in past, you will find that they are always in the habit of cribbing and crying throughout life why this did not happen? Why that did not happen? – Their mind is full of why, where, when, what, who, whose. They are destined to do so.

People who live in future or for future, have they actually seen or can they actually anticipate what future is? What future has in store for them? No… still they hold on to their future. Why? Because they are destined to do so.

People who live in the present or for the present are the ones who have taken lessons from the past but have not allowed the past to affect their present. They don’t know about their future and are not worried about it. Why? Because they are destined to do so.

So, what are these three cases leading to? Nowhere except for one straight path – KARMA. Considering luck and karma, luck is now out of the picture.

(1) People belonging to Case I have done something wrong in their previous birth – some bad karma – because of which they are not able to let go or come out of their past in this birth.

Living in the past

These people have very frustrating and depressing life – they actually belong to the present but their back is towards the present – they continually face the past. These people cringe from the problems of the present; they don’t have the courage to face the present as they are cocooned in their past.

(2) People belonging to Case II have done something wrong in their previous birth – some bad karma – because of which they are not able to come out their future in this birth and face the present. 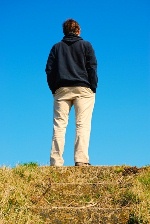 Living in the future

In this case, these people are not interested about their present, knowing very well that they actually don’t know what future has in store for them. They are only busy in accumulating, saving, investing, and as a result, the life of other people around them goes in jeopardy.

Present problems and coping with them hold no interest to these people. They put their present on hold by only thinking of the future. They have their back to the present and face the future. THEY LIVE FOR TOMORROW, a tomorrow which they don’t know or have no idea, in reality.

(3) People belonging to Case III have done something good in their previous birth – some good karma – because of which they belong to the present in this life and enjoy both ups and downs in life, meaning these people take everything in their stride. 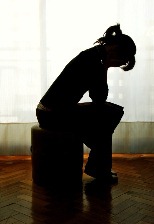 Living in the present

They face their gains and losses on equal footing, and do not waste a moment cribbing for why, why and why.

They have their back to the past, live for the present and keeps open mind for the future. These people are strong, can face the present boldly and try to solve every problematic situation fearlessly. THEY LIVE FOR TODAY and they know exactly how to go about it. These people, even in adverse situation, know how to enjoy life to the fullest.

What would you call these cases of luck and karma? Luck or Karma?

Being lucky or being unlucky is not in our hands; if it would have been, then every single human being would have been only lucky and the word ‘unlucky’ would not have been found in the dictionary.

Well and good! Fair enough! My answer would be, “Think of it the other way… come on… no hard feelings… For a change, let me go with your thought process – there is no karma, no destiny… only luck – good or bad.

Now what will you say? You will think for a minute and say, “Astrology et al are all hocus pocus; it is something out of the world. What you are saying is meaningless. I don’t believe in astrology. I believe in luck.”

Then if I say, “Describe luck; no… you will not cite any examples. You have to just describe luck in simple language… explain it.”

You will not be able to do so; you will try to but you will get lost in your own explanation. Then finally you will side track the issue saying, “It is all so complicated.”

Is it your good luck that you are talking to me like this and my bad luck because I have to listen to this? OR is it your bad karma that is making you talk in such a manner and my good karma that I am keeping calm and answering your questions?

So, know that karma, destiny, planetary influence – these three play a vital role of importance in a person’s life as a result of which, a person tries to decide his life as being ‘lucky’ or ‘unlucky’ – IT IS ALL IN THE MIND.

Why so? How come?

A simple example again to explain it:

Next day, Mr. P bets again and gets $5000. His mind immediately changes and he curses himself for his bad luck.

The third day, Mr. P bets again (he could not accept the fact that he was unlucky) and gets $100,200. He again thanks his luck.

So, this game went on for few days – one day lucky, one day not lucky.

Finally, he takes a last attempt thinking he will get some hefty amount (somehow Mr. P was of the opinion that taking an average of the past few days, he had been lucky). Mr. P puts everything of his on the bet – his house, his car, his savings – he gets $0 and loses everything.

What does he do? Unable to bear or accept the fact that he could be unlucky, he commits suicide.

HERE IS MY QUESTION

Was Mr. P lucky or unlucky?

What happened? Are you zapped? Are you confused? Can’t you answer this?

Therefore, IT IS ALL IN YOUR MIND – your thought process, your attitude towards life, your bold acceptance of failures and not bowing down to it – all these counts and matters a lot.

Hey, what am I going back to? What am I referring to?

People Never Disclose how ‘Unlucky’ they have been on Many Occasions

So, next time when you hear someone say, “I am lucky; I have been lucky throughout life, I have been lucky at everything,” know that this person always looks towards the positive aspects of life, learning from the negative aspects. He will never disclose how ‘unlucky’ he had been on many occasions. 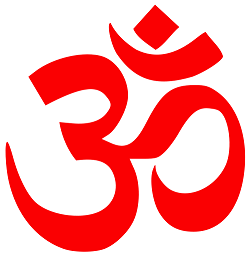 Aum or Om. The “Om” symbol in Devanagari

Vice versa, next time when you hear someone say, “I am unlucky; I have been unlucky throughout life, I have been unlucky at everything,” know that this person has given an open hand for the negative aspects to make a big nest in his life so much that he fears the positive aspects coming his way; he becomes blind to them. He has sidetracked the occasions when he had been ‘lucky’.

Therefore, we are back to square one – thinking oneself ‘lucky’ or ‘unlucky’ IS ALL IN THE MIND.

Luck and Karma – which one rules?