A mantra is a sound, syllable, word, or group of words that is considered capable of “creating transformation”. Their use and type varies according to the school and philosophy associated with the mantra.

Long ago back in ancient times mantras originated in the Vedic tradition of India. Later they become an essential part of the Hindu tradition and a customary practice within Buddhism, Sikhism, and Jainism. The use of mantras is now widespread throughout various spiritual movements which are based on, or off-shoots of, the practices in the earlier Eastern traditions and religions.

The Aum or Om syllable is considered a mantra in its own right in Vedanta mysticism.

In the context of the Vedas, the term mantra refers to the entire portion, the metrical part as opposed to the prose Brahmana commentary. 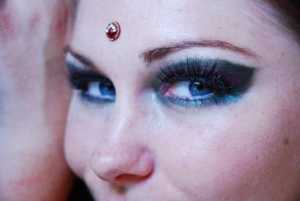 With the transition from ritualistic Vedic traditions to mystical Hindu schools of Yoga, Vedanta, Tantra and Bhakti, the elite nature of mantra knowledge gave way to spiritual interpretations of mantras as a translation of the human will or desire into a form of action.

Mantra sounds are manifestations of ultimate reality. The vocal sounds of the mantra have inherent meaning independent of the understanding of the person uttering them.

In spite of this, such understanding of what a mantra may symbolize or how it may function differs throughout the various traditions. It also depends on the context in which it is written or sounded. In some instances there are multiple layers of symbolism associated with each sound.

While Hindu tantra eventually came to see the letters as well as the sounds as representatives of the divine, other traditions and countries prized written language much more highly. The writing of mantras became a spiritual practice in its own right.

However, written mantra-repetition in Hindu practices, with Sanskrit in any number of scripts, is well-known to many sects in India.

Some have linked mantras and yantras to thoughtforms:

Mantras, the Sanskrit syllables inscribed on yantras, are essentially ‘thought forms’ representing divinities or cosmic powers, which exert their influence by means of sound-vibrations.