Questions and Answers about Mantras from Other People

Presented by Honey B Wackx 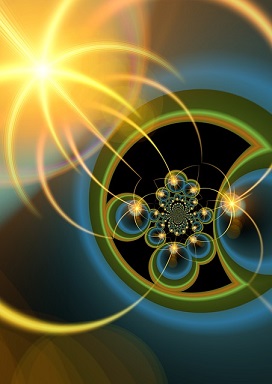 Christian equivalent of a mantra?

Is there a Christian prayer that is short and is said often (for things like good luck, etc.) that is similar to a mantra? For example in Judaism, the Shema is a very short prayer that is just a general prayer (for nothing really specific). Is there something like this in Christianity/Catholicism? Sorry if this is a little confusing!

Is there possibly one to ask for forgiveness/atone as well?

I know people who pray the “Hail Mary” or the “Our Father” in that way. The “Hail Mary” is shorter, and probably closer to a mantra. I personally use certain non-Christian mantras although I’m a Christian, but I don’t use them for luck. It’s more for spiritual centering.

can you please give me some Hindu mantras for success? happiness.. good luck..ect i know gayarati mantra and this is fantastically calming, but i was wondering if there where any more…?

Yes there are so many. I will give you a few…

MEANING: We worship the three-eyed One (Lord Siva) Who is fragrant and Who nourishes well all beings; may He liberate us from death for the sake of immortality even as the cucumber is severed from its bondage (to the creeper).

MEANING: I prostrate myself before the five-faced Lord of Parvati, who is adorned with various ornaments, who shines like the crystal jewel, who is seated peacefully in the lotus pose, with moon-crested crown, with three eyes, wearing trident, thunderbolt, sword and axe on the right side, who holds the serpent, noose, bell, damaru and spear on the left side, and who gives protection from all fear to His devotees.

MEANING: I worship the lotus feet of Ganesha, the son of Uma, the destroyer of all sorrows, who is served by the host of gods and elementals, and who takes the essence of the kapittha-jarnbu fruit (fruit resembling the bilwa fruit).

MEANING: I know not any other Reality than the lotus-eyed Krishna with hands adorned with flute, looking like a heavy-laden cloud in lustre, wearing a yellow silk garment, with His lower lip like a ruddy bimba fruit, and with face shining like the full moon.

MEANING: One should meditate on Sri Ramachandra, with hands reaching the knees, holding the bow and arrows, seated in the locked-up lotus posture, wearing a yellow garb, with eyes vying with the newly-blossomed lotus petals, with a pleasant gait, who has Sita seated on His left thigh, who is blue like the clouds, who is adorned with all kinds of ornaments and having a big circle of Jata on the head.

AND here is my favorite…

Pray to the Goddess of Knowledge & Wisdom

English Translation
“May Goddess Saraswati, who is fair like the jasmine-colored moon, and whose pure white garland is like frosty dew drops; who is adorned in radiant white attire, on whose beautiful arm rests the veena, and whose throne is a white lotus; who is surrounded and respected by the Gods, protect me. May you fully remove my lethargy, sluggishness, and ignorance.”

What type of mantra is this? Is this the correct full spelling of it?

And what is the definition/purpose of this mantra? What does manifest or bestow to the person who chants it a job, good health, peace?

Been googling for its definition with no luck 🙁

I would really appreciate if someone can help me out with this mantra, tell me what type it is (is it a Kali type mantra??), & its correct spelling…Thank you so much.

PS God/Jesus lovers plz stay away from my questions I don’t judge your beliefs so leave mine alone.

It is a protective mantra because Kali is very protective towards Her devotees. So its honoring Her and seeking Her protection.