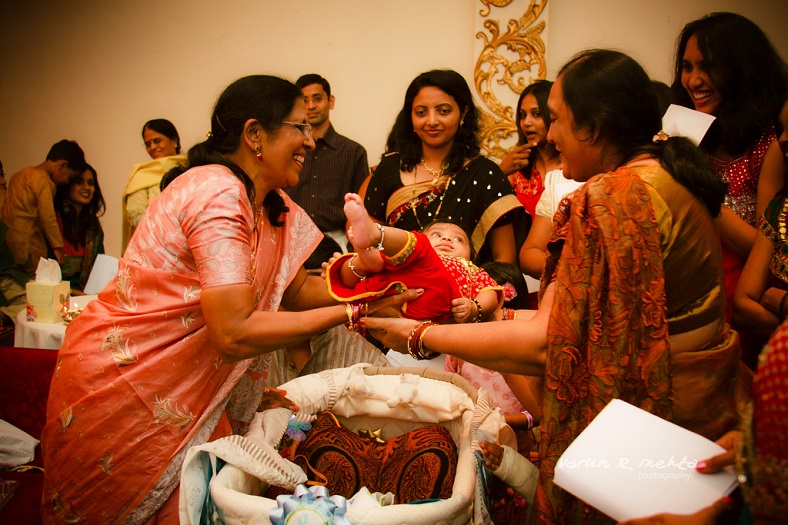 The ‘Namkaran ceremony’ is the popular naming ceremony that is held in the honor of a new born child. It is a traditional Hindu ceremony in which the baby is given a name according to the Hindu religion. It is considered to be a very important ritual, and is a must for every parent. It has a social as well as a legal relevance as both these fields are necessary. 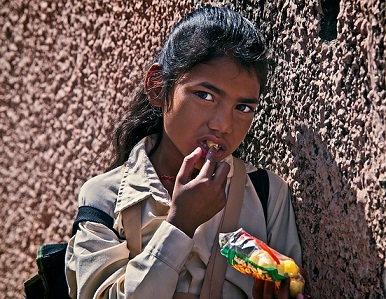 The Namkaran ceremony is usually held on the twelfth day of the birth of the newborn baby. According to the customs, it should be held on any day between the tenth day of the child’s birth and his first birthday. This is because they say that the first ten days are impure for the child and the mother.

A Ritual Bath is given to the Mother and Baby

The mother is held in high esteem on this day as she is the medium by which the child to came into this world. She is honored in a special way. A ritual bath is given to the mother and the baby. The baby is wrapped up in a piece of brand new cloth and kajal is applied to the eyes of the baby.

The mother also marks a little beauty spot on the baby’s cheeks with the kajal to prevent the child from evil eyes. After this, the father of the baby takes the baby on his laps to give the blessings. Many guests and relatives are invited to this ceremony. They come to bless the newborn with blessings of a pious and good life. The guests and relatives also bring tokens of gifts or presents as blessings for the child.

The Namkaran ceremony also involves the priest performing the various rituals by making offerings to the Fire God, Agni and also to the souls of the forefathers and ancestors of that particular family. This is done to ask the gods, goddesses and the forefathers to come and bless the child. 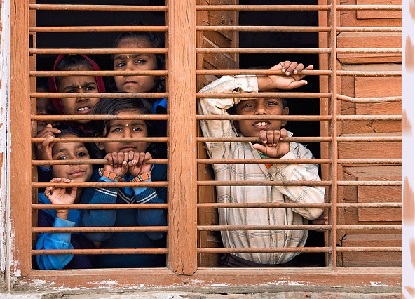 A sheet of paper is kept in front of the idol, or the deity which is meant for writing the horoscope of the child by the priest. After this ritual, the child’s father whispers the selected name into the child’s ears. A betel leaf or the leaves of the Kusa grass are used to utter the words in the right ear of the baby.