The Tilak – a Unique Religious or Caste Identification Mark 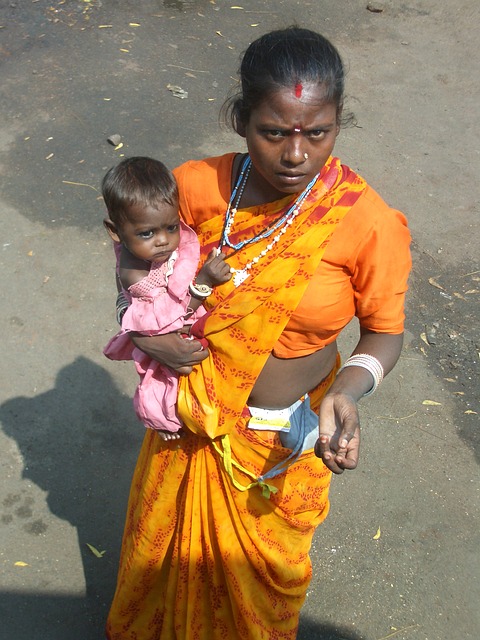 Tilak can also be worn on the neck, arms or chest. Some people wear the Tilak as a part of their daily routine while some others adorn it on their foreheads on special or religious occasions.

The Tilak is also known as the ‘Tilakam’ in Sanskrit and tilaka is basically a tradition followed by the Hindus.

The Bihari and the Nepalis call it the ‘tika’. In general, it means the smearing of a paste or a powder on the forehead for a religious purpose.

The Tilak is Common Now – it wasn’t in Earlier Days

The tilak has its own significance. In the earlier days, it was meant only for the Gods, saints, holy men, priests and ascetics. But now it has become a common practice. The tilak mainly symbolizes the mind’s eye or the third eye.

Traditionally, it was meant for meditation purposes and also for spiritual enlightenment. Now it is adorned in nearly all the religious occasions and by all. Women also wear tilak but of a smaller size just like a small dot.

The tilak worn by the Indian women is known as the Bindi and is usually red in color. Tilaks are also adorned on special occasions. Such as a wedding or birthday of a person. Even on setting out for a new job or for giving an examination. 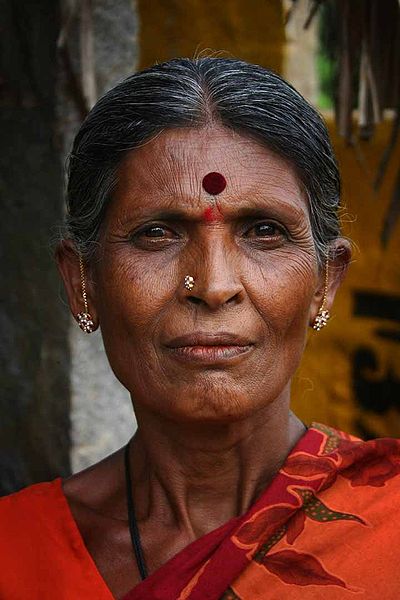 It is regarded a very special charm for luck. Besides just being a decorative symbol, the tilak also plays a vital role in differentiating the clans and different sects of the Hindu society. It identifies the person with a particular religious sect. for women, it signifies their marital status.

There are different types of Tilak having different shapes, sizes, colors and also the ingredients used to make it. Some tilaks are made out of sandalwood paste while some others are made of red vermilion. Ashes, sindoor, kumkum, clay or rice are also used as tilaks.

There are different ways of applying the Tilak. Some are horizontally applied as three lines on the forehead and some other are applied vertically starting from the nose and extending up to the forehead.

The most auspicious and the conspicuous type of Tilak is the one which is applied by the followers of Lord Vishnu and lord Krishna. It consists of a very long on starting from the tip of the nose to the hairline of a person. It also takes the shape of an elongated ‘U’ in the center of the forehead.

The cooling nature and its purity have also been mentioned in the religious scriptures. This is done by the sandalwood paste. The one with the three horizontal lines is worn by the followers of Lord Shiva. This type of tilak is mainly made by the wooden ashes or the ‘Bhashma’.

The worshipers of Maa Shakti or the Goddess wear a rectangle tilak made out of kumkum. The devotees of Lord Ganesha wear the tilak made out of red sandalwood paste. The ascetics and the people of religious origin smear it in such a way that it covers nearly their whole forehead.

Tilak are also differentiated on the basis of the caste system. All the four castes of the Hindu society wear different types of Tilak according to the clans to which they belong. It is an amazing fact that there are about nineteen types of Tilak according to the Hindu religion. Thus we can see that the tilak is a religious mark of a person which makes him identify to the religion or caste to which he belongs to.

The tilak is clear sign of a person belonging to a particular religion mainly the Hindu religion. No other religion is this world has the tilak as a part of their custom or traditions. Thus it has its own unique identification as a tradition on the whole.

There is no particular size or shape or color of a tilak. It is varied according to the different sects, clans, devotees and also occasions. The literal meaning of a tilak is a mark or a symbol.

Overall, tilak signifies a red mark with a nice odor. According to the Hindus, the forehead which has a tilak is the credence of Lord Vishnu. Such is the great religious significance of the tilak.

Can I ask this, why there usually are the red symbols on brow of Indians? What is it mean? Thanks a lot?

This is related to Chakra in forehead(AGYA CHAKRA The pineal gland). Womens usually have PRANA in lower chakras thats why its wear to elevate prana(vital life energy).

Hindu men wear it for similar meaning but only during holy ceremonies. But this is called TEEKA. Or TILAK.
This is applied to WELCOME a person.